The Indelible Lens of Omar Hikal  By Lydia Schoonderbeek

Omar Hikal is charming, well-spoken, and quite witty. He has the uncanny ability to seamlessly shift between an Egyptian sense of humor, and a more Westernized one; a talent that works well to mask the astute business mind and sharp sense of observation that toil away behind his retro spectacles. His passion for photography is served well by his extensive traveling, something he is dedicating a good part of his time to. His pictures tell intimate stories of distant cultures in faraway lands. Not one to fall into the trap of touristy photos, Hikal’s images have a stoic and personal narrative that draw you in and make you feel. Cairo East Magazine met with Hikal to learn about where his love of taking pictures has led him, and what he has captured there.

CEM: Omar, how did it all start?

OH: I think my love of photography started in school. We shot film and learned how to find our way around a dark room. Like many hobbies, it took a back seat to studies and career until I re-discovered my passion again in the late 90s. By 2005, I had decided that traveling the world and shooting people would be something I wanted to do as often as I could.

You travel a lot only to photograph, where have you been and why those particular places?

I want to photograph interesting people in interesting places. My process is pretty straight-forward: I start pretty early and walk as much as I can, looking for people and connecting with them. I often shoot portraits of subjects in their homes, and this usually involves some time drinking coffee and attempts to communicate. My most memorable shoots have been Vietnam, Cambodia, Cuba, and most recently, India.

Do you have any memorable situation that happened to you while you were on one of your shoots?

On my last day in Havana, I spotted a lady standing on the roof of a building looking down at me and another photographer I was shooting with on that day. I gestured to her if we could come upstairs and as she disappeared, we started to walk away. A couple seconds later she called down to me and tossed a set of keys down to us so we could open the door to her building! As we walked up the stairs to her rooftop apartment I had my camera ready and I took a shot of her just as she opened the door – as if she was greeting long lost friends! >>

We spent about half an hour having a conversation in very broken Spanish and the most memorable moment was when she said to me, “We are poor, but we are happy.” Yeah. That stays with you.

From the photographs you have taken, do you have a favorite?

I have many. Mostly the photos that have a story to them. Seomara and Magda in Cuba, the opium dealer’s wife, the saddhu and his daughters and the smoking lady in India are some of the ones I am most partial to.

What draws you as a photographer when you are out on your walks?

I look for interesting faces or scenes. I look for light… stories. I normally see my images quite large so I look for detail.

Who are your favorite photographers from the last decade?

That’s a long list! My Instagram feed is mostly photographers and every day I see something that makes me say, “Damn that’s good!” Bryan Peterson, Gregory Heissler, Jimmy Nelson, Mario Marino, Mark Seliger, Yousef Nabil, Mark Mann, Toufic Araman, Dany Eid just to name a few.  They make me wish I had more time to shoot and have more talent.

How do you feel about social media and technology as they play a big part with imagery in our daily lives?

Social media has been great in exposing talents that I believe would be hidden otherwise, and it gives us a constant inspiration-feed. I also think that it can be a huge time-waster. Either way, social media is here to stay.

How would you describe yourself in 5 words or less?

Lucky beyond my wildest dreams.

What is your favorite app?

What can’t you live without?

My two wonderful boys and my lovely wife. No question. 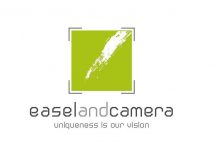 7 Places to Karaoke the Night Away