“Full fathom five thy father lies;
Of his bones are coral made;
Those are pearls that were his eyes:
Nothing of him that doth fade,
But doth suffer a sea-change
Into something rich and strange.”
From Ariel’s Song – Shakespeare’s “The Tempest”.

“It is the twelfth of February, everything is washed in a thin white haze, in an abandoned battlefield, as he stands alone bewildered how he arrived at the banks of river Acheron, yet boards the boat and hands the coin to the ferryman. Charon -the ferryman- clutches to his hand and he falls into it like a daydream or a fever. It is truly the (full fathom five). I am alive he murmurs.” I know! Son of Zeus” nods Charon.

This is a metaphorical account of the transformation process in four stages: The battle for survival, dementia, death/transformation and beyond. The narrative morphs both visually and contextually according to the nature of the stage from the physical to the metaphysical

About the Artist:
Born in 1975, Youssef Ragheb holds a BA, MA and PhD from the Faculty of Art Education, Helwan University, where he started teaching in 1998 till this day at the Department of Drawing and Painting, in addition to being an Affiliate Adjunct faculty member at the Department of the Arts in the American University in Cairo since 2006, teaching courses in experimental comics, drawing, painting, illustration, foundations of design, and analogue and digital practices in art. 13 Online Comedians that Will Make You ROFL! 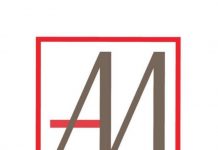